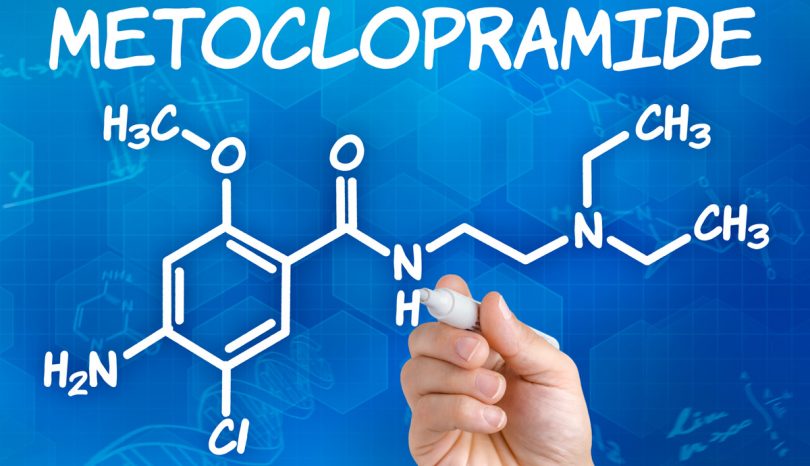 The Trade Name for Metoclopramide, a Prescription Drug for Stomach and Esophageal Issues

Metoclopramide, sold under the trade names Reglan and Primperan, is commonly prescribed for the treatment and prevention of a number of ailments, including nausea and vomiting, gastroesophageal reflux, and migraine headaches. It also has been used with patients who experience delayed stomach emptying. Metoclopramide was first formulated in France in 1964 by Laboratoires Delagrange, which conducted clinical trials and began marketing the drug as Primperan that same year.

In 1979, A.H. Robins brought metoclopramide into the U.S. market under the trade name Reglan. Initially, the drug was available only as an injectable. Oral administration was approved in 1980.

In its early years, Reglan was prescribed almost exclusively for nausea caused by severe headaches or migraines. Medical professionals also found it to be highly effective in the treatment of nausea caused by anesthesia, radiation, or chemotherapy. In the 1980s, Reglan was the most commonly used medication for nausea and ultimately became a common prescription for the treatment of gastroesophageal reflux.

Though the World Health Organization has named metoclopramide among the safest medications in the world, it has been linked to a number of serious side effects. Documented effects include the following:

In 2009, the U.S. Food and Drug Administration (FDA) required all manufacturers of metoclopramide to put a black box warning on their product regarding the risks associated with tardive dyskinesia.